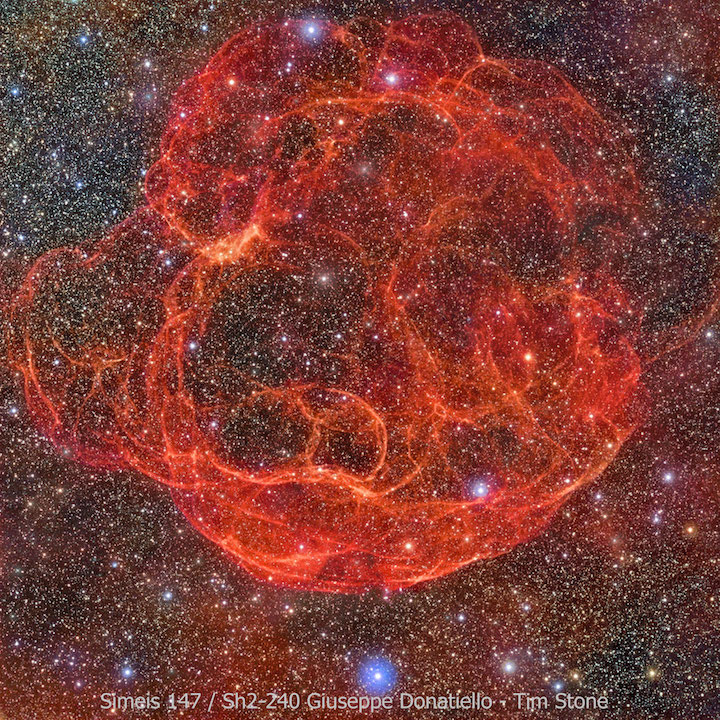 The stability of stars is due to the force of gravity being balanced by the pressure from the gas and radiation produced by nuclear fusion in the stellar core. When a star runs out of material to fuse this balance is lost, gravity takes over, and the star begins to collapse. Stars more massive than about eight suns end their lives with a tremendous explosion known as a supernova. The energy output of this explosion is approximately 100 times the energy that our sun will produce in its entire ten-million year lifetime! What's more, it is all released in a matter of seconds! These explosions distribute many of the heavy elements in the solar system, including carbon, the element on which life as we know it is based. So it behooves us to understand this process well, because it is to that which we literally owe our entire existence! Although there are many promising leads, it is not currently known exactly how the explosion proceeds.

What is known is that the core collapses until the pressure is so high that the repulsive electrical forces between the constituent atoms are overcome and the core transforms from a ball of iron into effectively one giant atomic nucleus--this is what will eventually become a neutron star (assuming it doesn't collapse to a black hole). This transition produces a shock wave that propagates outward. It is intuitive that this shock wave simply propagates through the entire star, blowing the material away with it. However, as often happens, nature is not so simple. It was discovered via computer simulations that the shock wave stalls about 200 km from the center of the star. The shock is somehow re-energized, and continues on its explosive path. The goal of the research group I'm in is to determine this re-energizing mechanism.

Currently I collaborate with Profs. Eirik Endeve and Anthony Mezzacappa at Oak Ridge National Laboratory on the toolkit for high-order neutrino-radiation hydrodynamics, thornado, a code that aims to numerically simulate core-collapse supernovae in three-dimensions. My work focuses on developing a module that solves the hydrodynamics equations to make them consistent with a 3+1 decomposition of general relativity under the conformally-flat approximation. To accomplish this we are using a discontinuous Galerkin method for spatial discretization and strong-stability-preserving Runge-Kutta methods for temporal discretization.